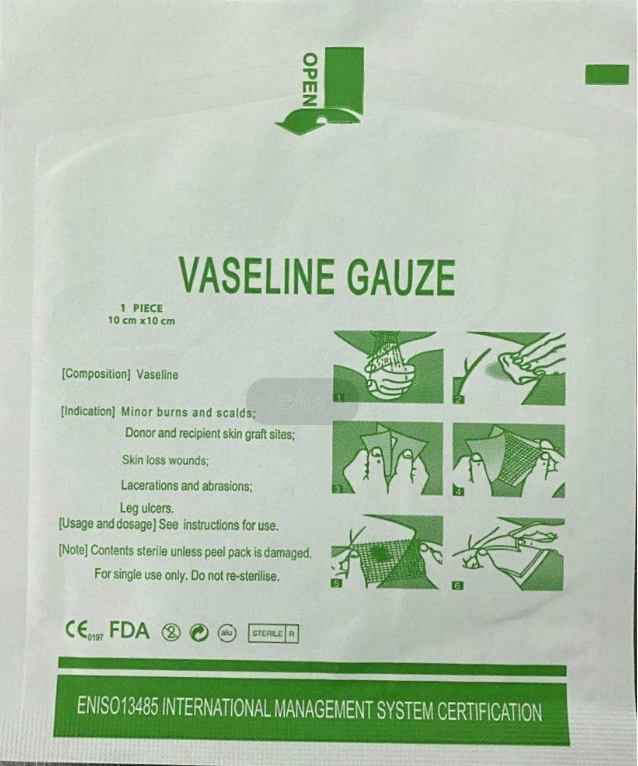 Generally speaking, after cleaning the wound, there will be residual tissue fluid, and some even ooze blood. However, in order to stop the bleeding, we directly wrap it with gauze. This operation will cause the gauze to stick to the liquid, even if the dressing is changed, it will cause secondary damage to the secondary, thereby reducing the speed of wound healing.

However, Vaseline gauze will not cause this series of phenomena. Because the method of making Vaseline gauze is to soak the Vaseline cream evenly on the gauze, so that each piece of medical gauze is completely immersed in the Vaseline. Therefore, when wet, there will be no secondary adhesion between the gauze and the liquid, and it will not damage the wound. It can also promote the growth of granulation and promote wound healing. So which scenes are Vaseline gauze suitable for? What are the precautions when using? Vaseline gauze is mainly used for wound dressing, wound drainage, postoperative dressing, and sinus filling.