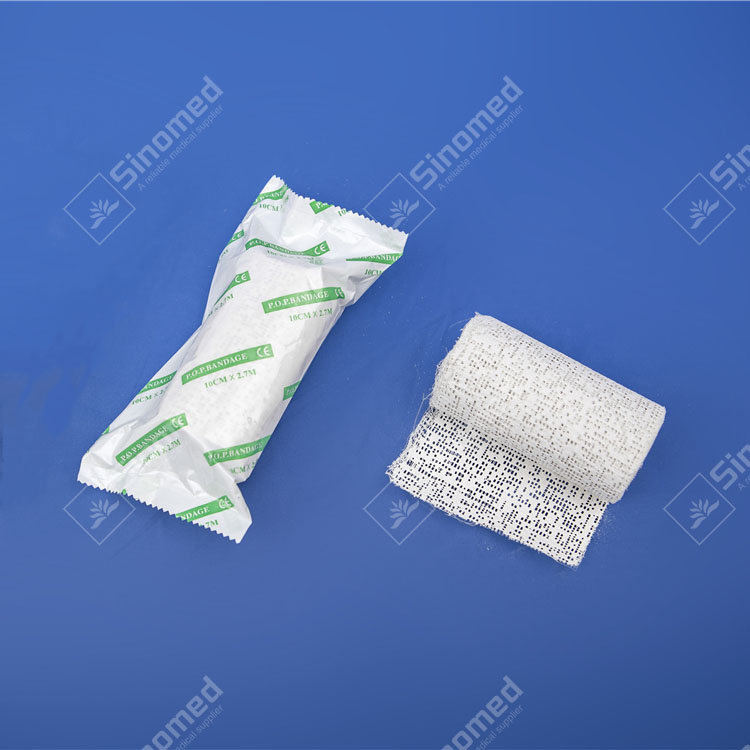 POP Bandage is also called plaster of Paris bandage. It is made of gauze bandage with sizing and plaster of Paris powder. It can be hardened and shaped in a short time after soaking in water. It has strong shaping ability and good stability. It is used for fixation in orthopedics or orthopedics, production of molds, auxiliary appliances for prostheses, and protective brackets for burned parts.